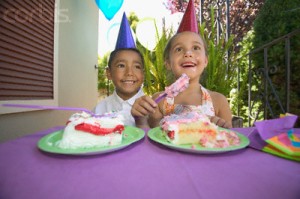 Gazette-Journal) about the dozens of lawsuits by former employees against the University of Nevada, Reno.  Most of the plaintiffs are represented by the same lawyer, Jeff Dickerson.  Is Dickerson engaging in pettifoggery, or is he a crusader against endemic bullying at UNR?

A commenter over at the Chronicle’s news story provided a handy link to a database that summarizes all of the complaints and their status or outcomes.  There are a number of unlawful termination suits (in particular against the Physics and Economics Departments and the Medical School), first amendment lawsuits, and suits over gender, age, and disability discrimination.  There’s even a lawsuit over a hidden camera!  Yikes.  Many of the lawsuits filed in the early to mid-2000s were settled; some were won, others dismissed or are still on appeal.  Many of the more recently filed cases have been dismissed, while most are still pending.  (This is based on just a brief skim of the summaries, not a systematic investigation–those of you who are lawyers will undoubtedly have better informed opinions about this.)  I don’t think it’s incriminating that one attorney is representing most of the plaintiffs here–Nevada is a very small state, Reno is a small city, and if you had a claim against the University, wouldn’t you want to go with the guy who’s proven his mettle in going up against the U?  Attorneys live or die by word-of-mouth recommendations (or warnings away), so it makes sense to me that plaintiffs would sign up with Dickerson since he’s had some modest success in suing the U.

As regular readers can probably predict, my instincts are to side with the little guy against large institutions, and given the difficulty of proving any discrimination claims or violations of first amendment rights by an employer these days, I’m wondering if we should shine up a chestful of medals for counselor Dickerson.  It’s possible that the guy is a pesky pettifogger–but then, that’s what a guilty university would say, wouldn’t it, when trying to explain to the taxpayers why $1.7 million of its money has gone to fighting and settling these lawsuits?  As many of us know from bitter experience, Universities aren’t always grateful to whistleblowers who let them know where the problems are.  They count on having more time and money to pursue these claims than any individual has, which is why they win so often.