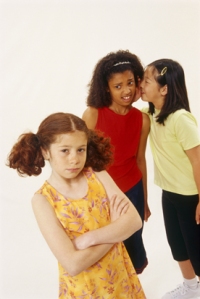 PART II OF A TWO-PART SERIES

This post is a follow-up to yesterday’s post, which was about workplace bullies and the ways in which they can come to dominate a work environment by driving away some people while turning those who remain into bullies themselves.  According to Robert Sutton, “[R]esearch on emotional contagion, and on abusive supervision in particular, finds that if you work with or around a bunch of nasty and demeaning people, odds are you will become one of them.”  This describes many of the people I worked with in my first tenure-track job, which I resigned seven years ago.

My major foe at my former university was someone who was tenured but simultaneously (and humiliatingly) denied her promotion to Associate Professor.  She had published a book after all in a department that didn’t require a book, whereas men in the department had recently been promoted to Associate Professor before tenure and, in one case, without a book at all.  (That’s right:  men without books?  Can’t wait to promote you!  Women with books?  Wait a year or two, then apply again.)  There was a whole class of women assistant professors who got that treatment right around the time I was hired, either within their department or at the college review level.  Need I point out that the curious creature known as the tenured Assistant Professor was a pink-collar only rank?  Unfortunately, this individual’s experience resulted not in anger and radicalization, but in shame and internalization, which was then directed outward not at the people who caused her misery, but at other targets below her on the hierarchy.

This was a pattern that repeated itself many times in that department.  People were filled with ressentiment about the way they were treated, and most of them either became bullies or apologists, explaining that “don’t worry, you’ll still be tenured.  That’s just the way we do things.  Everyone goes through it, so you’ll just have to suck it up.”  There were a few good people who tried to make changes–but they have been easily defeated by the others.  Those who were my friends and allies were valiant in their optimism and their commitment to change, but in the meantime, what a life:  stomping out flaming bags of poop that someone else is leaving on yet someone else’s doorstep.

One of the effects of this kind of work culture is that it stifles new ideas, fresh methodologies, and innovative research and pedagogy, because of the rate of turnover among those who leave, and the inner turmoil suffered by those who stay.  (Bullying academic departments tend not to allow Assistant Professors to follow their own bliss, either in the classroom or in their research agendas.  This is sometimes the very motive for the bullying:  many departments really don’t want anything–or anyone–new or innovative around.  And, scrutinizing other people’s work to belittle it is one of the pleasures of academic bullying!)  Unsurprisingly, women’s history and histories of other not-dominant groups and historically marginalized perspectives have a hard time gaining purchase in an environment like that.  For example:  Historiann was hired to be the American women’s historian in that department, a position that had been a tenure track line for thirteen years but one that had never seen anyone progress to tenure.  (Historiann was number five in the long line of historians who had held that position.)  And guess what, girls and boys?  Twenty-four years later, no one yet has been tenured in that line!  That’s right:  success beyond anyone’s wildest antifeminist dreams in 1984, when the position was first established.  Of course, the fact that that position was the only line dedicated to women’s history was doubtless a major factor behind the abuse and harassment suffered by all of the historians who hopped on and off that merry-go-round.

So, who says cheaters never prosper?  Bullies may not be happy people, but it seems to me that they get what they want, and that really sucks.  (The woman described above is probably one of the unhappiest people I’ve ever had the misfortune to know–a truly wretched creature.)  But what might suck more is staying in an abusive job because you’re determined to be SuperProf who’s going to vindicate herself and save her department of its destructive culture.  We don’t encourage people in abusive relationships to believe they can make the abuser change–why should we expect people in bullying work environments to stick around and try to change the culture, when they have little if any power or influence to force reform?

The million-dollar question is, of course, how can anyone turn a bad department into a good one?  Who can get control over bullying work environments and force change upon them?  My sense is that it takes a strong-willed dean who’s not afraid of the bullies and who’s got a healthy budget to clean house with brutal post-tenure reviews (including perhaps buyouts), and to support lots of new hires.  But–in the arts and humanities–what deans have that kind of time or money, outside of elite universities and SLACs, where the humanities are central rather than marginal to the identity of the institution?  My guess is that most departments have to shift for themselves, so how do good people leverage their goodness to isolate, marginalize, and/or drive out the bad?