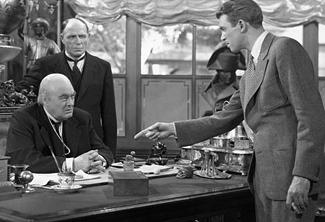 Check out this brief article in the New York Times about bullies in the workplace, their strategies and the toll they take on individuals and the productivity of the organizations they work for.  In response to this article’s request to hear stories of workplace bullying, there are 466 comments, and they’re still being posted this morning as I write.  (Don’t miss comment #53 from Liz, an attorney and Army Reservist who said she has Post-Traumatic Stress Disorder not from her tour of duty in Iraq, but rather from her civililan job!)  I read the first one hundred comments, and have noticed some interesting themes:

On the question of women bullying other women:  I don’t think it’s fair at all to tar a whole generation with that brush–after all, some of the most supportive, nurturing people who have mentored me and many other junior women are from that generation.  Until fairly recently, it was only that generation of women faculty who were senior enough to engage in bullying.  Sadly, Historiann is familiar with women bullying women–it was considered not a bug, but rather a feature of her former department.  The bullying women were “useful idiots” who could be relied on to police junior women; the senior men could then hide behind their skirts and deny that gender bias was an issue.  I don’t think this kind of behavior can be pinned on the generation of women who earned their degrees in the 60s and 70s–I’ve seen it in people whose degrees are from the 1980s and 1990s, too.  The critical issue is power, not generation, and most regular faculty with 1990s Ph.D.’s are tenured now and therefore have at least a small purchase on power and influence in their departments.

The one advantage that academics have over people in other lines of work is that bullies aren’t as able to affect our prospects for other employment the way that bullying bosses in private industry can.  If we keep publishing and maintain connections with supportive scholars outside of our institutions, we can get out of a bad job.  We don’t need letters of recommendation from our department chairs–if you’re an Assistant Professor, a letter from a supportive Associate Professor will do nicely to testify implicitly, if not explicitly, that you’re not a troublemaking malcontent but rather an excellent colleage with limitless potential.  The only exception to this is if your bully happens to be someone of importance in your field–but this is probably unusual:  by definition, people who are important in their field spend their time writing books, working with students, and hobnobbing at conferences with other people important in their field.  In general, they don’t have the time, let alone the inclination, to try to mess with someone else’s career.  In my experience, the bullies weren’t exactly the brightest bulbs in the chandelier, to put it charitably.  They weren’t terribly productive scholars or successful teachers, which is probably why they felt so intimidated by smart young things who were clearly going places.  So, they chose to make their post-tenure careers as hall monitors rather than as scholars.

Et vous, mes amis?  Any thoughts as to why the groves of academe are such fertile fields for bullies?  (Or, conversely, why academics are such thin-skinned, overly sensistive complainers?)  Do you have your own stories to share?  Discuss.

39 thoughts on “Workplace bullies and the academy”